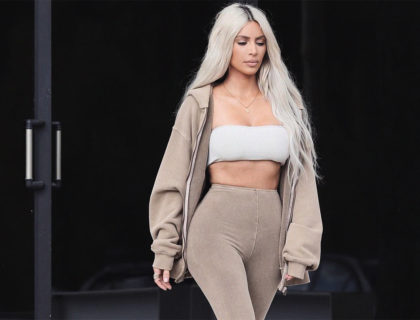 Hip-hop culture appeared during the late 1970s in the Bronx in New York. It rapidly developed and got more and more fans year after year. Today we will talk not about its investment into the music industry, but into the world of fashion. ‘Till the hip-hop era fashion was defined as posh and kind of aristocratic. Hip-hop shifted these issues aside and brought streetwear, rebellious spirit and an access to fashion for all people.

Hip-hop group Run-D.M.C. appeared on the American stage in the 1980s. They decided that during the concerts they will wear no artist costumes, but the clothes form the everyday life, as for shoe rappers chose the Adidas shell shoes. Because of the popularity of the group sales of Adidas were increased immediately. Before Run-D.M.C. started their American tour, Adidas signed a contract with them for the shoe promotion. It was the very first time when hip-hop left a significant trace on the fashion industry.

In 2016 A$AP Rocky together with Guess released their fashion collaboration. The collection was filled with the 90s spirit. There were a lot of jeans jackets, stripped long-sleeves and T-shirts, vintage jeans. All clothes expressed nostalgia for those times. The remarkable feature of the collection was the replacement of «S» with A$AP dollar signs.

One of the best-known hip-hop collaboration was between Kanye West and Adidas. The Yeezy Boost 750 «Light Brown» was the footwear that was released on 14 February 2015. The reservation for the sneakers was possible on the Adidas App. The number of shoes was limited, it included only 9000 of pairs that were sold out in 10 minutes online.

The collaboration of Puma and FENTY is one of the most successful commercial projects. Puma profits jumped up to 92.2% the released collections with Rihanna, there were four of them (FW 16; SS17; FW17; SS18). Rihanna turned the brutal men hip hop style into the female ones. She added elegance with the high-heels, and sexiness with the provocative swimwear and shortened tops.