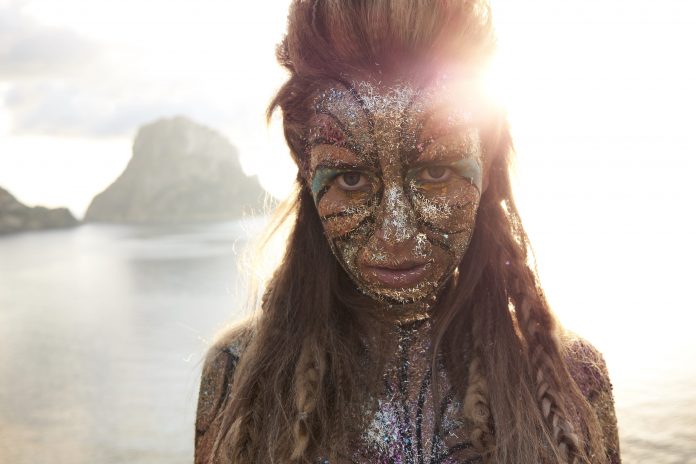 Johny Dar is a multidisciplinary artist, fashion designer, musician and director. His groundbreaking work is at the vanguard of artistic innovation today. It has been hailed as a budding new renaissance within the entertainment industry, attracting international acclaim across a wide range of industries and media.

Inspiration Behind The Collection

Dar’s work, including avant-garde fashion, sonic sanctuary sound engineering, scripts, and cinematic staging, when viewed as a whole, feels like a Woodstock festival of the decade. In 2014, he sent his models down the runway at Fashion Week Berlin wearing only body paint. For the Jeans for Refugees project, international celebrities such as Julianne Moore, Karlie Kloss, Alicia Vikander, Claudia Schiffer, Sarah Jessica Parker and Victoria Beckham gave their jeans to be painted by Johny Dar.

Close to the body and soul is also the upcoming body art performance. For UNDRESS YOUR BODY – DRESS YOUR SOUL he works with photographer Frederic Auerbach, known worldwide for his captivating celebrity portraits.

About the beginning of his body painting series, Dar says: “In my first years in fashion in Los Angeles, an editor asked me about the inspiration behind the collection and I said spontaneously: Undressing the body, dressing the soul. And it took me years to understand what I was actually saying…

The Revolution In Fashion – Beyond The Physical Body

With “Dare by Johny Dar” at Fashion Week Berlin 2014 I finally dared to show my true inspiration behind fashion. Most likely no one observed it that way and neither did I bother to highlight it or express it.”

Dar adds: “Years later, I am ready to complete delivering my true inspiration without shying away from it because it seemed to deep of a concept to bring to fashion…

In my eyes, the revolution in fashion is to take it beyond the physical body – and complete the connection between the body and the soul through the medium of clothing. This is the seed of my inspiration of what’s to come. My new fashion collection will be based on that theme.“

The body painting series PRJCT AVTR in collaboration with Frederic Auerbach aimed to find his alter ego and invent the personal avatar. PRJCT AVTR will continue in Ibiza in the summer of 2023.

Beyond Seeing Nudity As Sexual

About nudity: “I am finally taking the model on that experience, the soul experience that is occupied by our physical needs and desires of day-to-day. In order for us to expand our perspective beyond seeing nudity as sexual, rather as nature and really truly focus on the soul and enhancing that connection and therefore enhancing our connection to our own bodies as well as being part of the bigger body of nature.” – Johny Dar

Dar’s creations have been featured internationally in many of his own eponymous galleries as well as at the Saatchi Gallery, at London, New York and Berlin Fashion Weeks, at the MOCA in Beijing, and his work has been celebrated in publications including Vogue, Marie Claire, Elle, Le Monde, Die Zeit, New York Times, Harpers Bazaar, Fault, Hunger, Kaltblut, Aesthetica, Tatler, and Flair, among others. Don’t miss the The tale of COCO CHANEL and her espionage.

The upcoming body art performance UNDRESS YOUR BODY – DRESS YOUR SOUL will also be featured in a new Johny Dar film which will document a decade of Johny Dar body art projects, and amalgamate a range of footage and content from shoots that have taken place over the last 10 years.