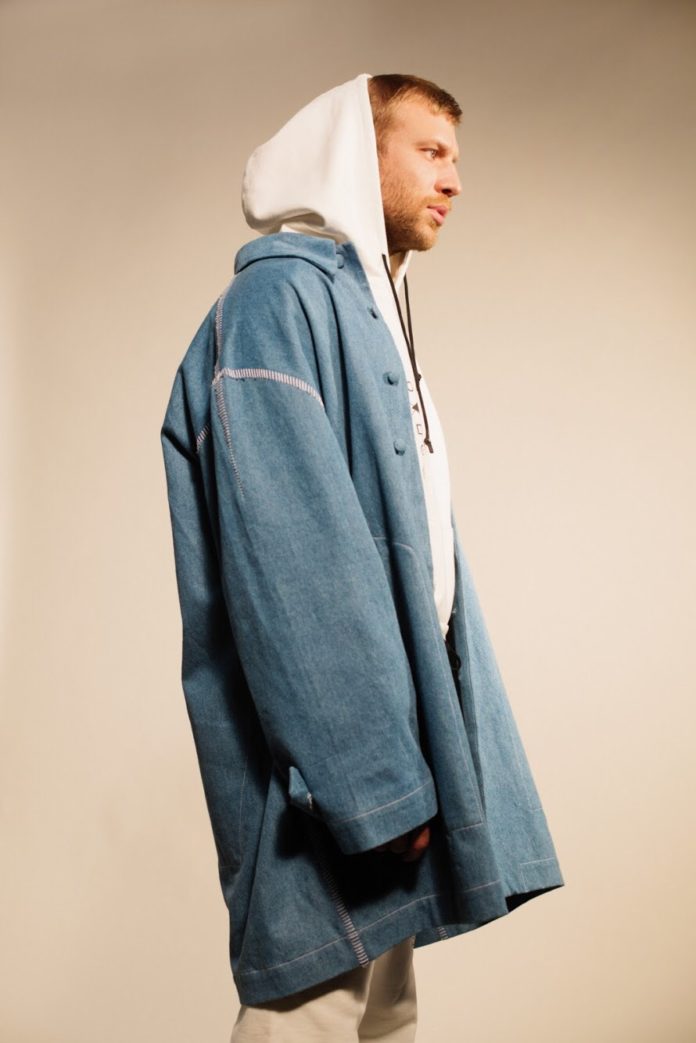 Ivan Dorn is a Ukrainian singer that has made a revolution in music. He denied all the aspects of commercialism and began to create fascinating groovy tracks. In all of his interviews, he claims that his music needs thinking and deep involvement. In order to understand it, you have to get totally absorbed with it. We have asked Ivan some questions about his latest album OTD. And, especially, we wanted to direct your attention to the track Afrika, which is a magnificent mix of African ethnic beats with alternative music sounds

What are you trying to convey to your audience through your music?
I am entirely honest with my people, to my music and to myself! And that’s what I am appealing to do for everybody, who is paying attention to me. There are any direct messages about it. There is only the context that is clear for those ones, who are on the same wavelength with me

Your latest album is recorded in English, and it differs sufficiently from previous one in style. Could you say your music fully reflects your soul and your current feeling of life?
That’s definitely it. What you hear in my songs is exactly what I felt in the moment they were created. I am always changing, because my mood is changing, my privileges are changing, thoughts, atmosphere, etc. Now I’m in Hip-Hop mood!

Which song from the album OTD was the most challenging to produce?
Such a Bad Surprise – was the hardest one for me. We were editing it for the longest period of time that is totally immeasurable. It had started with the idea of using that very first sample, that you can hear on the track. We were looking for the best way it could sound. Exactly those searching process took the biggest part of the work on it. There were so many versions, much of doubts and so on. But we did it!

Considering that the majority of your fans and audience comes from Ukraine, Russia and other post-soviet countries, your frivolous album what kind of reaction it generated?
My people got used to me changing all the time, so they were ready for that! They are still adjusting themselves to a new sound in OTD, but no one left since the previous album has been released. But, yeah, Collaba hocked them a lot! It is still very unusual and complicated for the particular part of the audience, especially the music video! Actually, such changes in my music style had affected some of them in a really bad way, you can notice it by dislikes we got. (Smiling)

What do you think about Afrika conquering Western World with its ethnic creativity?
I haven’t noticed that process in a massive way. But slowly it is infecting West side people with its dance fever inside. I can see it through the shares in the social networks. Believe me, I count them every day!

How did you come up with the single Afrika? Tell us please about your filming experience in Afrika.
Afrika was one of the last tracks we’ve made and it was amazing – we were totally enjoying it! Groove took us from the very first moment, we found the right beat and afterwards it was easy! Then my friend Bicholla Tetradze, fashion designer, called me and said that he had an idea for this song and we needed to go to Uganda, to film a music video and to meet a great dance team Masaka Kids Africana. Bicholla was watching their channel on YouTube and playing Afrika track and that’s how we got the idea for a video. It was one of the best moments in my life – we’ve been dancing together, it was a pure dance fever for everybody!

From the film about your adventures in Africa, it can be said that the people were open-hearted and extremely friendly. What was your experience communicating with local people considering different cultural traits? Was there anything that touched your heart?
I really love Afrika and people there a lot. They are openminded, sincere, passionate about what they do. They feel music and dance a lot. They are totally in love with this life, with every moment of it. You can easily read this in their eyes. Shooting was a real holiday for everybody. I’ve found out so many new dance moves and have got such a big baggage of feelings and impressions from Uganda that I can call this trip as the most inspiring one in my life. They gave me a lot of new ideas for forthcoming stage performances. Love Masaka Kids Africana and stay tuned with us!