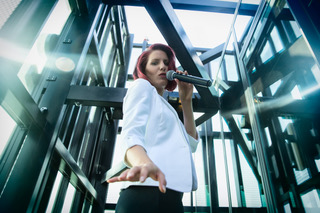 FAB was recently joined by Victoria Marx who has given us hope through her voice, live online, throughout the epidemic and in quarantine.  She is an established singer, DJ, and events performer in Vienna Austria, who also supports raw talent and other aspiring artists. 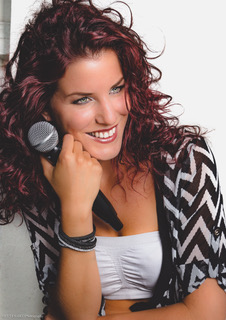 So Victoria, It is such a great honor to have you here at Fab L’Style.

Thank you for inviting me. I also feel really honored

Excellent, we at FAB find you to be extremely fashionable and beautiful. It’s like you’re a gift to the music industry, what a package you are.

Thank you so much, you’re making me blush.

You already have a bit of color going on now.  You’ve been so great in entertaining us live through these quarantine times. At the same time we see that there are positive people out there doing really great things to encourage one another. Really, really great, so well done.

Thank you so much. 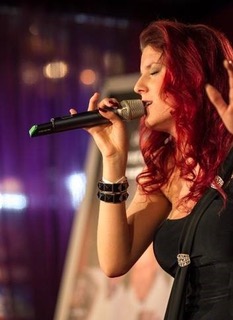 You are a genie in a bottle, you sing from pop to jazz and are a DJ as well. If you could describe yourself through a song, for us which song would it be?

Actually if the question pertains to my favorite song, I don’t have one. All music genres describe my personality by describing all the beautiful moments in my life. What comes to mind spontaneously is the song from Edith Piaf “Non, Je Ne Regrette Rien”.

I love that song.

She really expresses that she does not regret any of her mistakes or any decisions that she has made and I think that is what I want to go for. I would say I don’t regret anything. I go for my goals and I really believe after all the achievements, we have to accept the mistakes, and all that we go through. Pertaining to our humanity, we are not perfect machines. So that would be at least one of the songs that I would choose.

Even without knowing French one can feel the passion in that song, which must mean that you are also a very passionate person.

Yes, and people have told me that when they listen to Edith Piaf with their eyes closed that they have felt her in the room with them. I really love taking people through the musical decades. Some of my audience is a bit older and we can relate through her.  When I DJ, my audience is a bit younger. I really love seeing the sparkle in people’s eyes, feeling the music that they listened to in their youth and Edith Piaf is one who provokes this in people. Even though I am not very fluent in French, when I start to perform that song, I have the feeling to embrace myself, stand up straight, and show confidence.

You speak with so much passion about music. Where did you acquire this passion for music and could you tell us more about it?

It started from the moment that I wasn’t even thinking rationally. I started singing before I even started talking. My parents realized early on that I really wanted to sing. My mother used to call me a daydreamer and tell me to come back to reality. I was always standing in front of the mirror imitating the big stars and teaching myself how to sing and perform.  Visualizing quite young being in a music video as the star, I was really manifesting something without knowing it at the time.

The thing is, my family didn’t believe in what I was doing.  They had the belief that artists cannot afford their lives. In spite of their attitude towards it, I said I would follow my dreams and just do it. My mother told me to stop going for photo shoots and get a real job, reminding me that they paid for my education so that I could get a degree.

But now, I am making a good living and so I really showed everybody that they were wrong to try and push me down. I think there was a higher force that kept me going.

You’re very determined. Even in the quarantine you set aside a time everyday to entertain us. Even though your family was not into the music, could it be that they showed you determination in other areas?

It was actually my teachers who pushed me forward. I was in school most of the day and was performing a lot at the summer events, while creating my own choreographies. 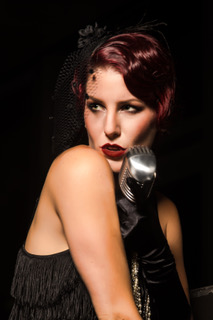 What did your parents want you to do for a career? What was it that you ended up studying?

I actually stayed in the arts and studied to be an actress. The studies became so expensive that I changed my course and decided to just use my voice and sing, with the help of waitressing to support my choice. Slowly, I got to the point where I could work seriously as a singer.

For the past 5 years, I am working as an art agency and supporting other artists, as well. When people ask me if it is hard, I say It is as hard as you make it in your mind.

Victoria this has been so great! Last but not least: FAB believes in all things sustainable. At the moment fashion is considered to be a great pollution factor and the misuse of labor contributes to this. What are your views on sustainability in general?

I find so much joy in purchasing goods face to face with the creators of that product. When I was in India at the markets I received so much gratitude from the people who created their own fashion and could sell it to me themselves, so that is something I want to support further.  In the end, I love to support the locals and I’d also like to support hemp clothing in the future.

I think sustainability is a matter of education. How do we support the locals in our own 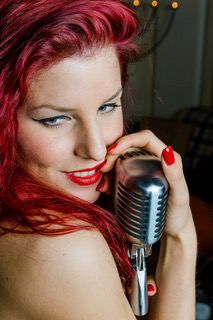 neighborhoods when we don’t have markets like they do in India?

I think you can spread the idea of exchanging clothes and working with what already has been purchased. We need to be conscious consumers. I never throw away clothes because they should be donated. We don’t need to be a throw away nation.

Thank you so much, we at FAB feel so encouraged by you.