The overalls made an appearance on the summer 2020 catwalks, in (Raw) industrial materials like cotton, denim, transparent fabric and leather. The style looks athletic, masculine and sometimes a bit naughty. Several fashion labels have shown their version. Take a look @ the classy one. 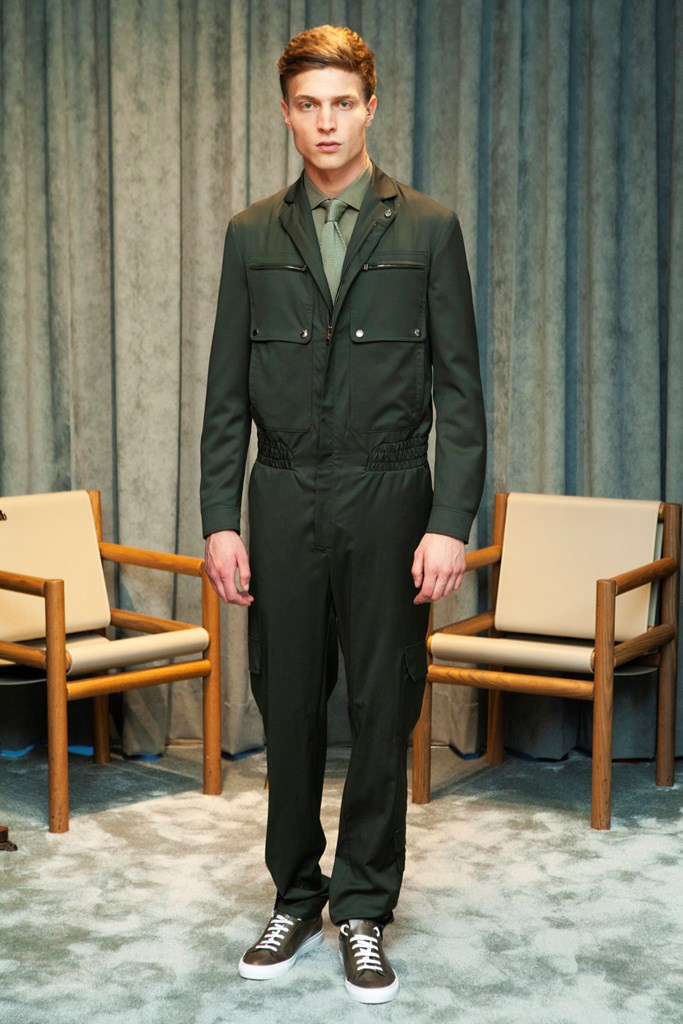 The overall in the First World War was a functional suit for paratroopers.  In the 1920s and 1930s, an overall was for workers. The “siren suit” favored by Winston Churchill, but also worn by many others in the UK when air raids were a threat during the Second World War, was similar to a boilersuit-overall.

Very famous are the images of the 1970s, when Elvis Presley wore luxury silk overalls as a fashion item in his shows. 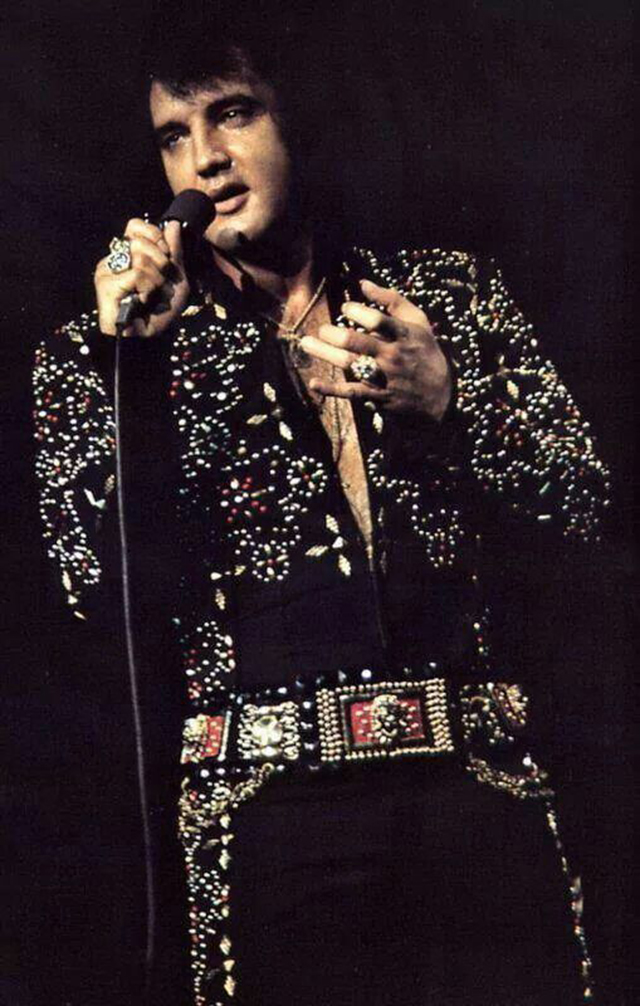 What makes an overall so special?

A overall is a one-piece, tight-fitting garment covering the whole body, except for the head, hands, and feet. The original was called a jumpsuit – the functional one-piece garment used by parachutists.

The original skydivers’ jumpsuits were simple garments designed to insulate the body from the colder temperatures of higher altitudes and minimize the risk of important handles and grips being covered by fabric. Today, however, the garment has found other uses, as seen @ Fendi’s catwalk. 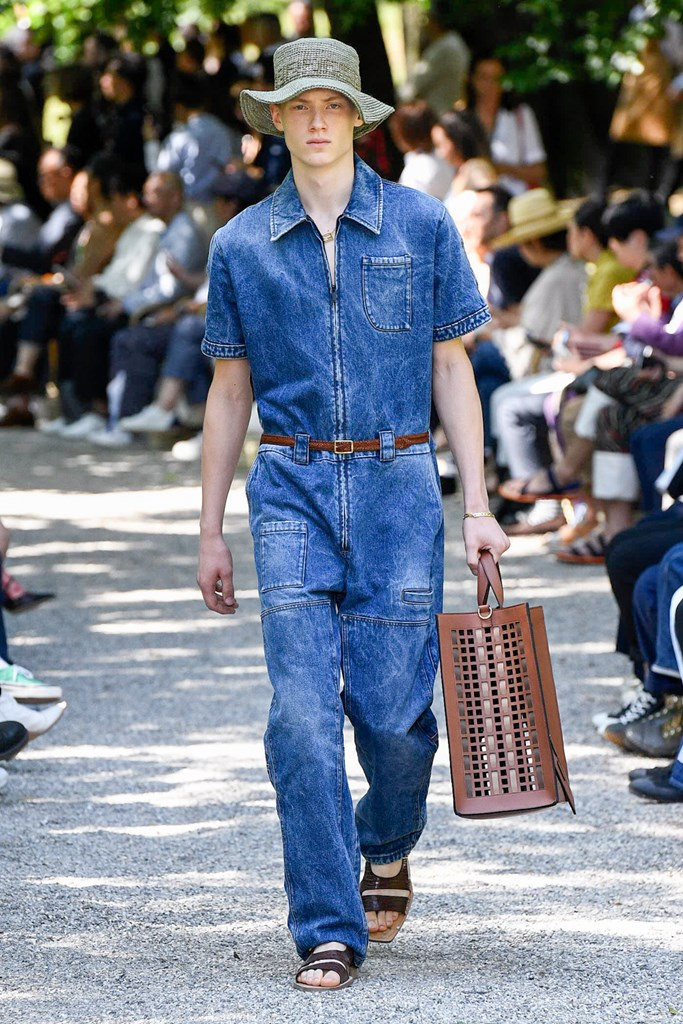 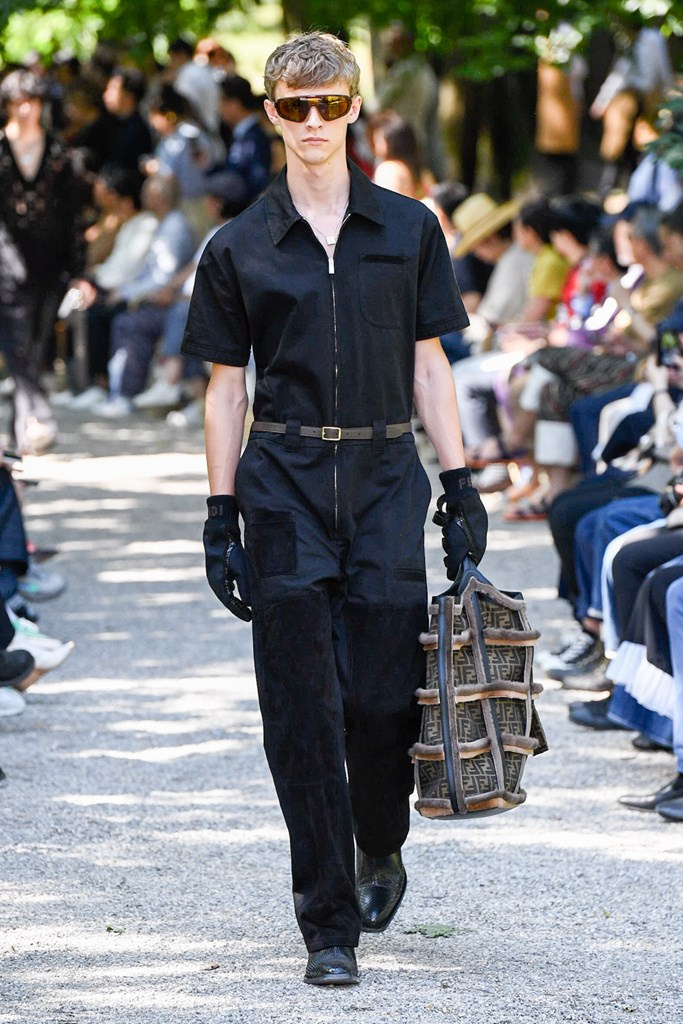 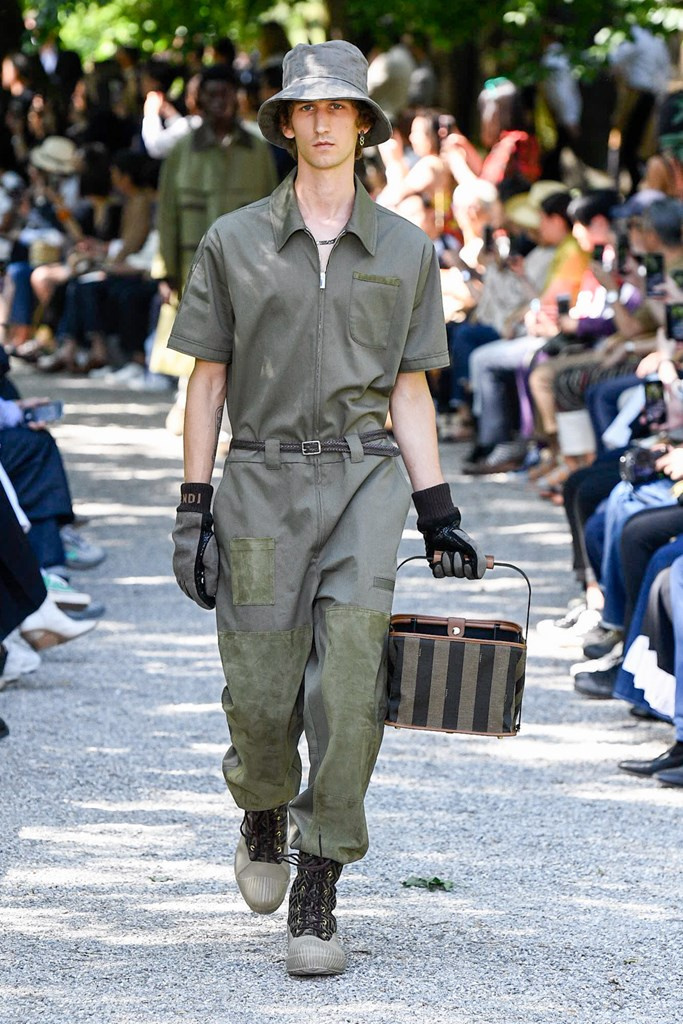 Salvatore Ferragamo shows the first men’s collection under the creative direction of Paul Andrew.  This collection displays diversity, sexy neutrals for every age, interesting color combinations and on-point tailoring in every piece.

The Stella McCartney Men’s Collection features ‘We Are The Weather’ motifs, like a roomy overall, an all-over Earth satellite print resembling an abstract camo motif, as well as a leopard pattern created by scaled-up photocopies of Fur-Free-Fur printed on generously-cut lightweight dusters. The idea behind this collection is a bit eco-warriors/weirdos and Steela McCartney is kind of proud of it.

Is it possible to be well dressed in a transparent overall? Yes! The designer Graig Green shows how it should be done. It even looks comfortable, wearable and ideal for high summer temperatures.

The Fashion-Icon overall has become a timeless classic, as a garment of convenience.  You’re done getting dressed in one go and merely need to add the right pair of sneakers or sandals. Get inspired!

Mara Stevelmans
Mara, fashion-, lifestyle & jewellery freelance writer, is covering for you the depth of Dutch designers, brands & innovations around the world. As a stylist, she meets professionals in Fashion, Lifestyle, Shoes and Jewellery. From time to time she loves to write about beauty, exhibitions and travelling. From The Netherlands, located in Den Bosch

What does Virgil Abloh have to do with readymades?