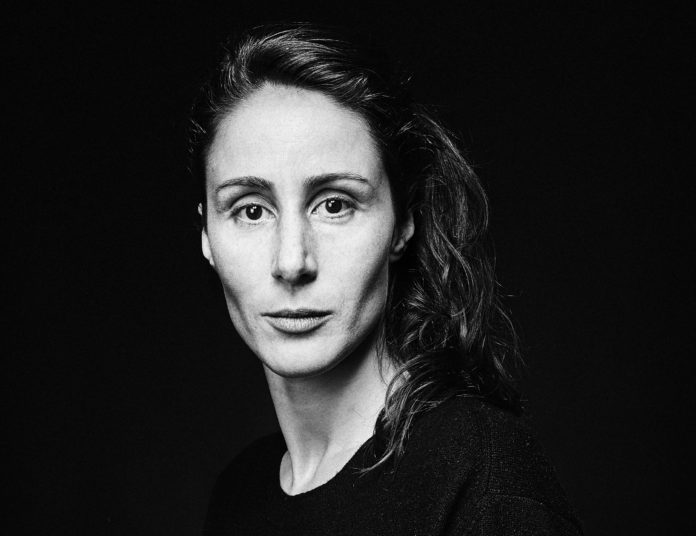 Paris and Berlin are two cities that, at first, seem like the oddest combination one could imagine. On the one hand the capital of Haute Couture, effortless elegance and bourgeois lifestyle, on the other hand, Berlin, known for its coolness and, maybe even more, for its roughness,  the centre of experimental art and the birthplace of the hipster. The French-born designer Aurelia Paumelle has her Boutique in the heart of Berlin’s arts scene – Kreuzberg.

Meeting Aurelia Paumelle in Vienna’s Café Français, I realized that there might be nobody that embodies the spirit of Berlin and the elegance of France like her.

Growing up in the Normandie, Aurelia moved to Paris to study at Paris’ Ecole de la Chambre Syndicale de la Couture and work in the couture ateliers of Yves Saint Laurent, John Galliano and Balenciaga. Launching her eponymous label in 2011 with a line of T-Shirts, she quickly made herself a name in the Berlin art scene where she started to collaborate with DJs and artists, for example for her “Fashion Art” collection.
Aurelia Paumelle’s minimalistic and elegant approach towards menswear embodies her impeccable tailoring skills and high focus on cuts and highest quality show her long training and success in the couture department.