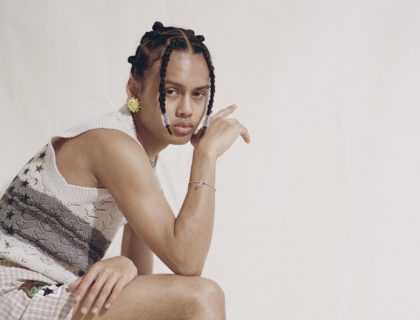 An Interview with a young aspiring multicultural designer – Wirat Tengchiang. He is currently studying fashion in Vienna and hopes to bring back the art of real design through his brand “TENWi”. 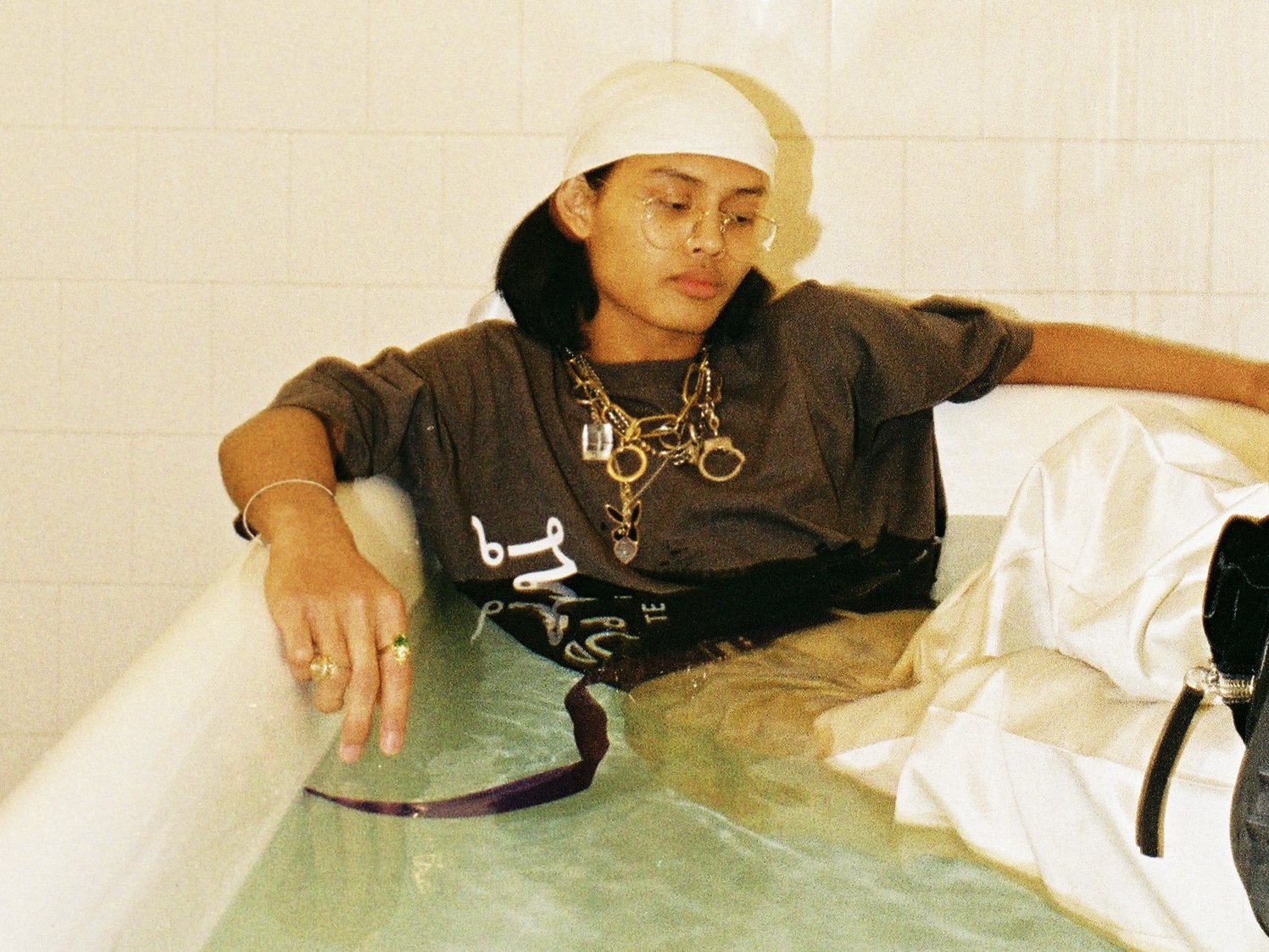 Could you introduce yourself ?

My real name is Wirat Tengchiang but my nickname is Jacky since no one can pronounce my name. I’m 19 years old and I am studying fashion design here in Vienna. I’m from Phuket, Thailand and I moved here when I was 3 years old. I grew up here and started playing football from the age of 6 until 12. I never thought about being a fashion designer, since I was always in to sports but actually fashion has always been a part of my life. My mum started styling me when I was a child, but I hated it, I always wanted to do it by myself.  When I look back at it though and look at the pictures, she actually had quite good taste and everything she styled, were the trends of today. Like baggy pants/vests. 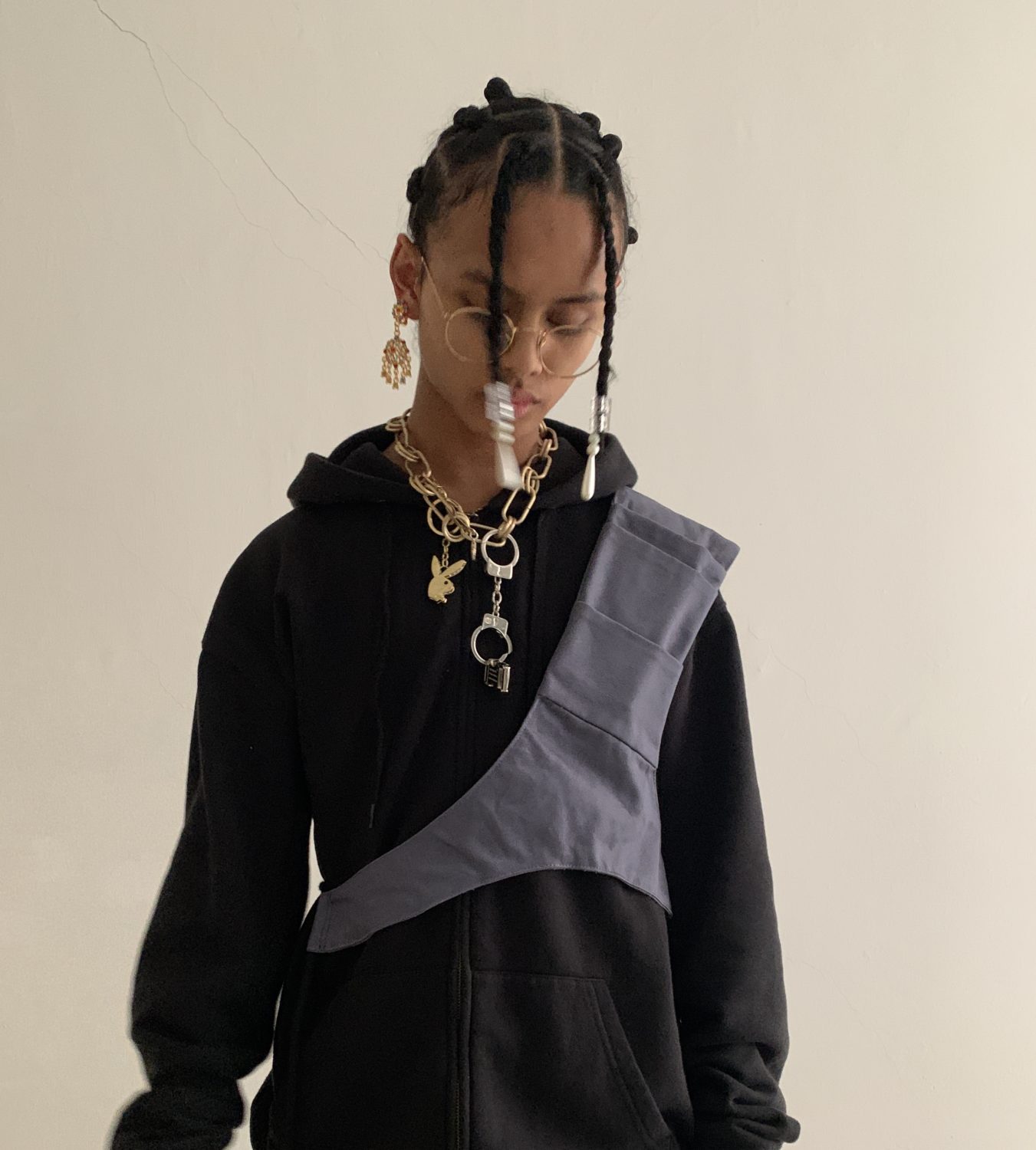 Does that reflect in your current  aesthetic?

She was always very colourful, and I love colours. I started designing my first soccer shoes when I was 10 with NikeID because on my birthday, I wanted to have my own colour and design. I did it twice, but the second shoe was too big since my mum wanted to order a bigger size for it to fit longer. I never got to wear them though, as in the beginning they were too big and after I forgot that I even had them. 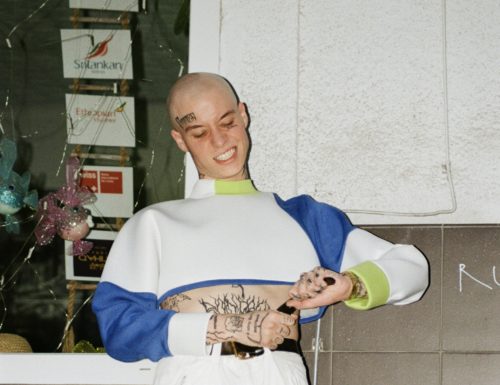 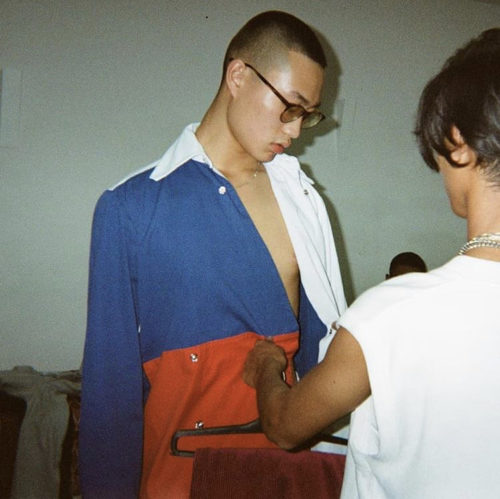 Is that what propelled you into fashion design?

Yeah,  because I also started designing soccer jerseys because I loved the colours and I love Barcelona.

Would you say that designing clothes is what you enjoy doing the most?

Yeah, at the moment it is what I love doing most but, in the past, I had never really thought about doing it. I didn’t even get to decide, as my parents didn’t allow me to play football because of school and said my grades were getting worse but then I decided to switch schools, as I had really little time for training. That’s when I found this fashion school in Vienna “Modesschule Hetzendorf”. I actually switched because of football and not for fashion but after spending a lot of time with fashion and styling and photography, I became more interested and then I just kind of left football. 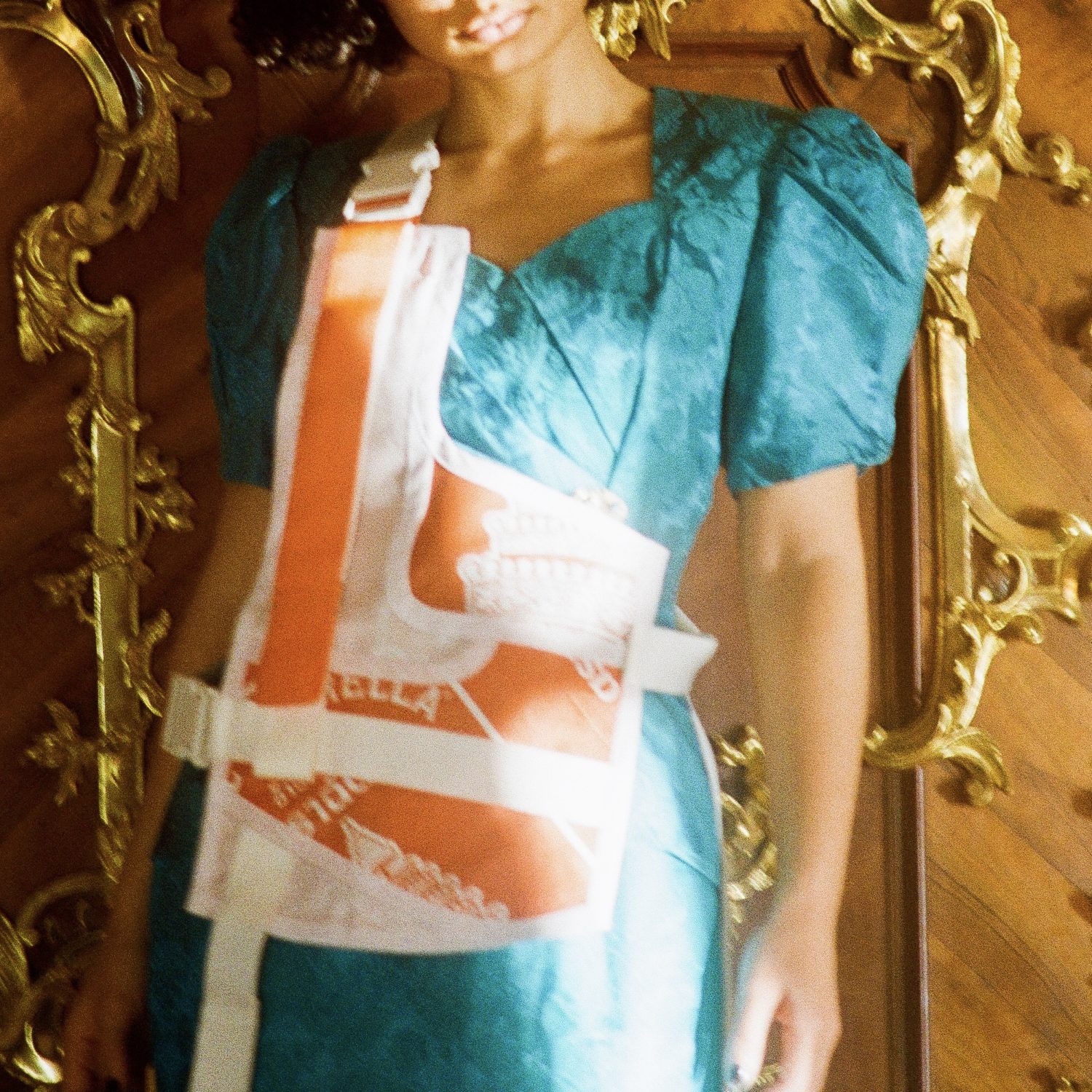 What are some inspirations or influences behind your designs?

My designs are mostly asymmetrical, I love asymmetries. I hate these symmetric pictures because symmetry has all these rules and left/right it always has to be the same. Asymmetry shows us the real work and effort. I also play around with a lot of colours, like I said from football. My first show outfit was blue, red and white and these are actually the colours of Thailand and also blue and red is for Barcelona, but no one actually noticed, they just liked the designs but didn’t know the story behind them. Every year I design another showpiece and I try to do different pieces every year because I hate to do the same thing all the time. I think the theme for the second showpiece was for us to design a dress, but I always designed pieces for men. So, then I started designing a piece which is not really clothing. My teacher also said there isn’t any patternmaking for the design, so I started doing the patternmaking on my own and developed a design so that people wear it. It was purple, green and grey and was made out of three different fabrics, as I love to play around with fabrics, that are not usual for clothing. I tried to use different shapes, one part of the design was a skirt, the other a dress and the other part was inspired by an army tactical vest, combined with belts and buckles. I found it a really cool experience, since I had never done it before. I use my time in school for designing, which I wouldn’t do at home. I think fashion design isn’t just for streetwear, I think it’s important to do designs which aren’t so commercial, as if you can do that, then you can do anything. Everyone can make a normal hoodie or pants, it’s not an art piece. 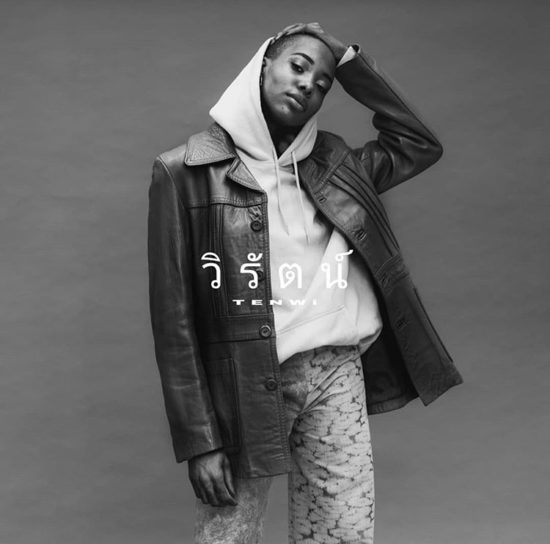 What is your stance on sustainability in fashion?

I never worked with it on purpose, I did it without thinking about it. I realised three years ago, the trend started with sustainability and making clothes out of vintage pieces and customising things. But I hate trends and I hated it when sustainability became a trend. It should be a basic habit but not a trend. In the last few years I found it great because of climate change etc. Also, I spent the last 5 years in school doing patternmaking and designing and I also bought a lot of fabrics, so I had them all in my room and I didn’t know what I should do with them. So, I decided to use all the old fabrics, to make new clothing. All the fabrics are so expensive, I spend around 300€ per year on fabrics, which is quite annoying. So, I started taking materials which are second hand and give them another life.

For my graduation show, which was supposed to be in June but has probably been moved because of corona, my teacher who does a lot of climbing, brought me a lot of waste material which she found at her climbing hall. She brought a fabric which looked a lot like latex, and I was able to make pants and skirts out of it.

Is there any place or neighbourhood in Vienna which inspires you to create?

Actually, not in Vienna, I’m always visiting my Uncle and Aunt in Thailand. I love sitting at the beach and swimming, it gives me so much energy and freedom to do more. If I’m in Thailand though and come out dressed, the way I do here, they look at me like I’m crazy. I try to tone it down while there though. But while I’m in Vienna, I would say mostly I gain most inspiration from museums and ugly stuff. I think Rei Kawakubo (CDG) says that a lot but I see people on the street with an ugly style, there is always a specific detail that inspires me. I never focus on the whole design but at a specific detail and try to make it better. 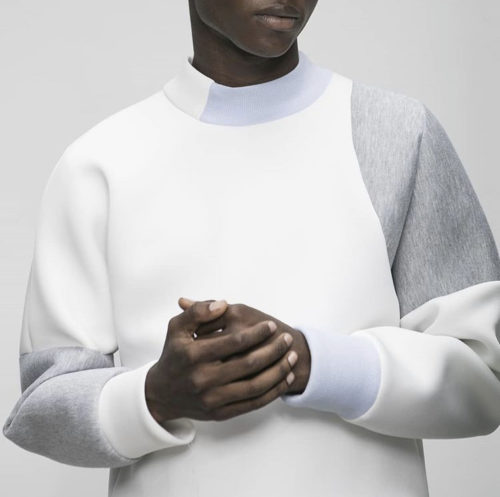 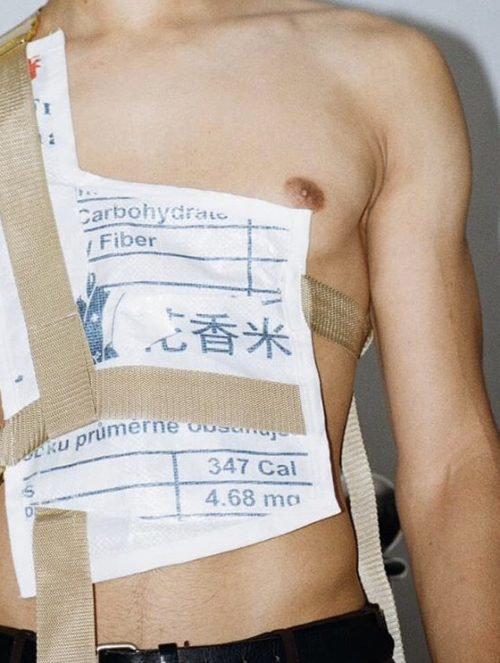 You recently started your own YouTube Channel, what are you hoping to achieve on this platform? Any plans down the road?

I never thought about starting a YouTube channel in the past, as I thought it was cringe, but I think it actually made sense to start a YouTube channel because I also want to do more videos. I found a camera team in the summer and they wanted to do a video with me, which I found cool since I wanted to try more dynamic things and not only photography. Just doing creative movies and short stories. I want to bring more content and fashion stories on it. I also styled a lot of music videos, but I never even really liked the music videos I worked with. I never wanted to do music, but I want to direct music videos, as I want to do it better. 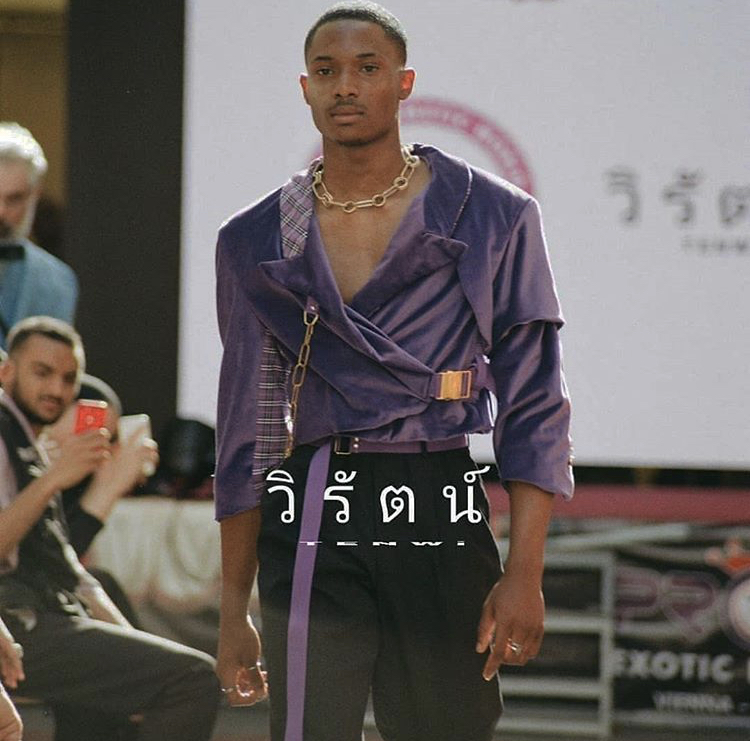 In what way as a designer would you like to influence people in the fashion industry?

I would like to make the fashion scene be more in the art scene and not in the commercial field. I see a lot of new brands which are just print, which is still cool, but it still isn’t necessary. I want to bring back the craft of making art in clothing. It’s not necessary to buy hoodies from Bangladesh and print something on it. If you start something today, you should do it better than the others because the environment doesn’t need that. I think we should all think sustainable during this time and also be more creative in our ways of thinking and expressing our statements. Also, the larger companies should support the smaller artists who are trying to get up there. 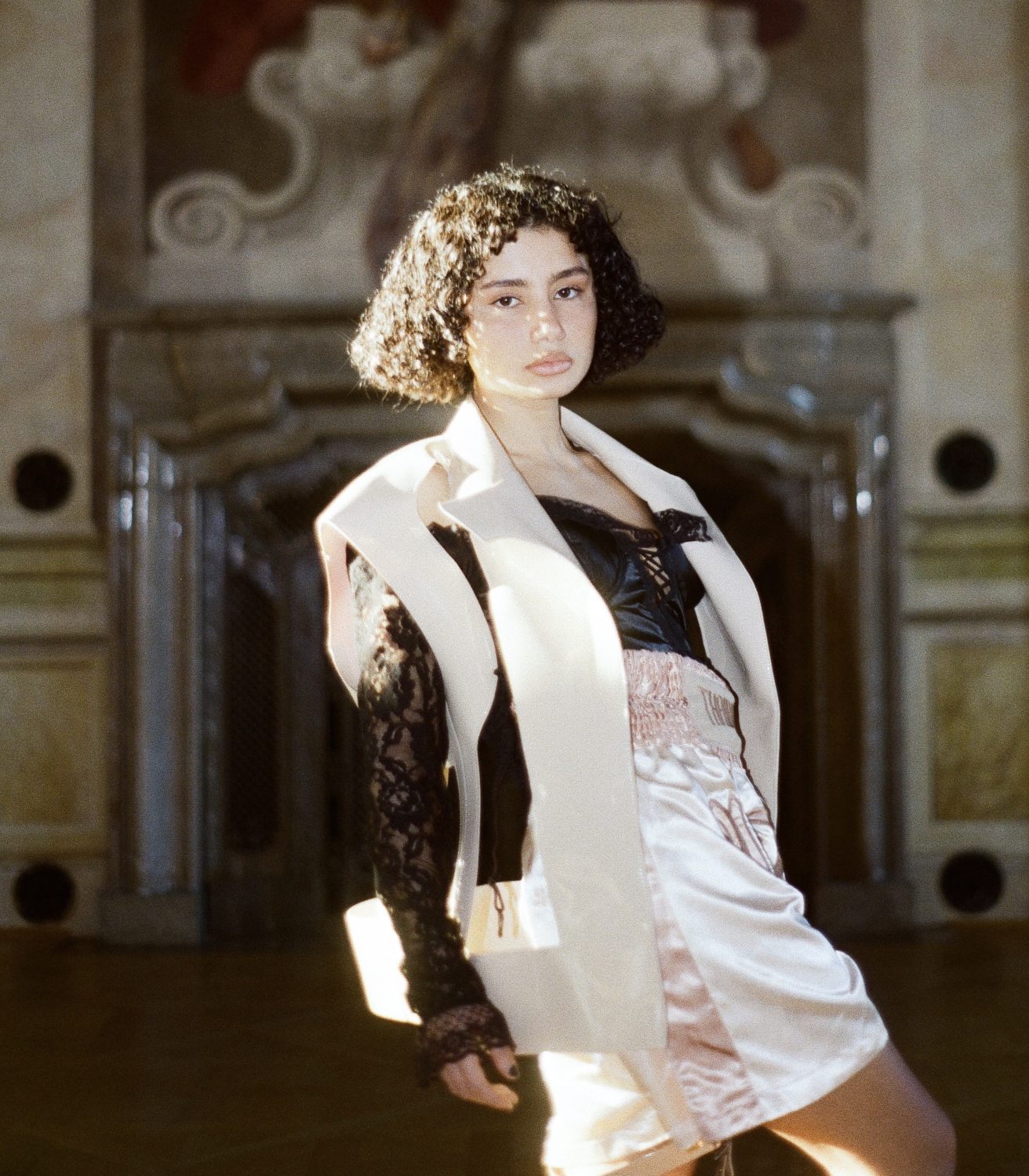 What do you think will be the effect of the Coronavirus pandemic on the fashion Industry?

I think it will be a problem, as many large designers produce their clothing in China and Italy. I think there will be a lot of commercial tricks, where designers and brands will produce masks and other virus-based campaigns.