In this new collection, Abloh assembles a large cast of talents featuring Soul Williams, Kai Isaiah Jamal, Malik Le Nost, Issa Perica, Caleb Femi, Thelma Buabeng, Lupe Fiasco amongst others to “explore the idea of transmission; which is the act of passing on something from one person to another, activating waves of change across generations, and impacting the lives of others.”

The ”Amen Breaks” is clear on an abstract interpretation of the story of artist Lupe Fiasco, the film depicts a father and son united by an unnamed loss, crossing a dream world to deliver a message to the other side. By employing martial arts as another way out for young people in the Southside of Chicago amid 1970s and 80s gang turbulence, Fiasco’s father impacted a generation with ideas of peace, understanding and empowerment.

Incredibly styled by the illustrious Ibrahim Kamara, Abloh drew inspiration from a vast array of subcultural dress codes, from a diverse origins of the various subcultures of what fashion is today. He actually decoded and recoded the human preconception tied to garments, in the naunce of his cultural tapestry. The men’s artistic director said on Vogue runway, “I’ve started to let my imagination run wild, I try to create the world as I would like to see it in real life.”

With hybrid tailoring, the empowered silhouettes, integrates elements from various sports and martial arts and merged properties of formal and streetwear. ”This includes ”staples of suits, tracksuits, shirts and t-shirts re-interpreted on a never-ending loop”. The collection sought to investigate the myth of ownership in contemporary creativity, it actually offered a subtle variation and nicety with the iconic monogram and classic damier patterns in a variety of unexpected ways. 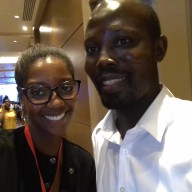 Relevant and focused in regard to Style, Fashion, Beauty and Trends. I love the quote by Diana Vreeland, "You gotta have style."