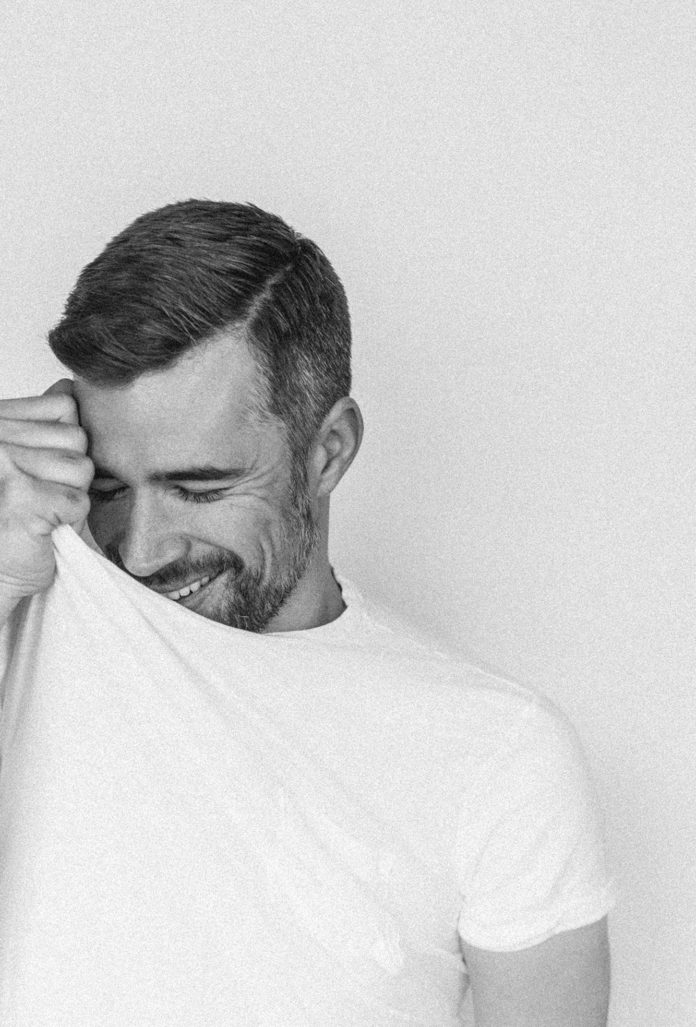 Famous German actor Jo Weil who is known for his role of Oliver Sabel in a popular TV series “Verbotene Liebe” but also as one of the VIP contestants in a dance-show “Dance, Dance, Dance”; talks about his dreams, ambitions, favourite clothing pieces and plans for the future.

Describe yourself in three words.

What is the thing that pushes you over your own limits? What inspires you and makes you do everything you do in life?

I guess it’s the deep passion I’m feeling for the things I do. I am very lucky that I’m able to make a living out of something that I love the most. I’m living exactly the life I dreamed of when I was a child and I feel very blessed because of this. If you love what you do you can achieve whatever you dream of – at least that’s what I believe in.

Who is hiding behind the handsome outside of Jo Weil? If you were someone else – would you be Jo Weil`s best friend?

First of all, thank you for the compliment about my outside! Well, honestly I don’t think that I’m handsome, but that’s another story. I guess there’s just a random guy hiding inside of me – though I think there isn’t too much hiding – as my profession is all about showing every side and emotion of me as a human being. I’m a humble person and if I’m not in front of the cameras, I’m actually a very shy guy. Hard to say if I’d be Jo Weil’s best friend. Maybe you’d have to ask my real best friends if they think I’d get along with myself. I‘ve learned to live with all of my flaws. If I (as another person) would be able to accept those flaws, I guess a close friendship would be possible (laughs)

How important is the fashion in your life?

Not as important as people like to think. I like to wear comfortable clothes and I don’t really spend much time thinking about my style. As a matter of fact, every now and then my job requires me to wear suits for different events, red carpet appearances and award shows. But even then I only wear things which I  like – no matter if they follow the actual trend or not.

We know that shows like “Will and Grace” had a major cultural, human rights and LGBT rights impact. You also had an experience in portraying a gay character on screen – do you think that television industry advanced in that manner and what message would you like to send your characters in the future?

When I started to portray the bisexual character of Olli I wasn’t aware of the impact that would have on the lives of so many people all over the world. It’s something that just happened. We should never forget – I’m just an actor playing characters. All I do; I say the lines which someone else wrote. But still, it’s nice that my work helped people to be happier and live better lives.

Name one actor/actress that you would love to work with.

Three things you would like to have with you on a deserted island?

A friendly and open-minded monkey (that can talk and help us find food and water), my hairdryer and a speedboat that brings me back to the cruise ship waiting for me once the deserted islands begin to bore me.

One piece of clothing that can never be replaced?

Is acting something that you always wanted to do?

Absolutely. Even as a little child there was nothing else I wanted to be. Don’t know why, as there are no actors or any other artists in my family. I always felt deep down that it is my calling – so I was always convinced that one day I’d actually become an actor. Ok, maybe just one day, when I was about 10 years old, I wanted to be a ringmaster. But as I just said – that was only a day-long period.

How different is British film industry and do you see yourself in it?

It’s different and not so different at the same time. In the UK they tend to cast me for different roles than they do in Germany. This is quite nice because this way I get to play a lot of different characters. Last year I had the chance to play in two British Feature Films – in one I even had the lead role. I hope there will be many more opportunities to work on international productions as I love to live and work in London. Keep your fingers crossed for me!

We couldn`t help but notice your great dancing skills in a show called “Dance Dance Dance”. Could dancing be your future call?

This is a clear NO! I never liked dancing – until I was part of “Dance Dance Dance”. As a contestant on this fantastic show, I realized that it can be lots of fun, though. And through endless hours of training and bleeding feet my coaches got me to the point, where I could perform some cool choreographies – my favourite one being “She Bangs” by Ricky Martin. But I have to be honest with myself – dancing is definitely nothing I’m a natural in … (laughs)

What are your plans for the future?

First of all, I hope that everyone I love and also myself stay healthy and happy. Professionally; there are some cool things for 2018 in the planning – I’m pretty sure you’ll like them. (looks very mysteriously and smiles)